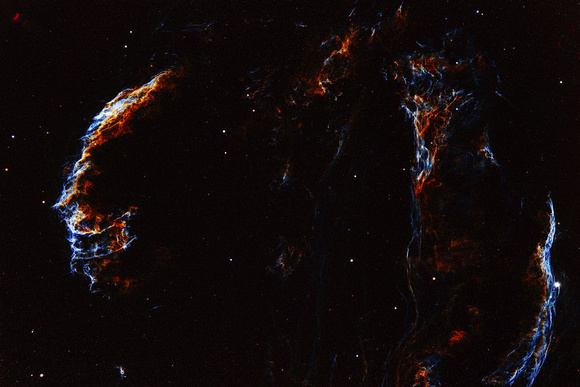 Cygnus Loop - June, 2021
7nm NB ZWO filters - Televue 127is, ASI6200MM, A-P 1100GTO-AE, SHO Palette
Employing the Starnet script to remove all but the brightest stars finally reveals the overall structure of the supernova remnant. Overall, the remnant is spherical in structure as one would expect. This "sphere", over looks like it has been sliced into three parts - a torus or donut shape in the middle with the Eastern and Western Veils forming "caps to this donut".
Checking with other sources reveals that the supernova site actually is within the centre of the donut.
© RASC Victoria Centre
Powered by ZENFOLIO User Agreement
Cancel
Continue