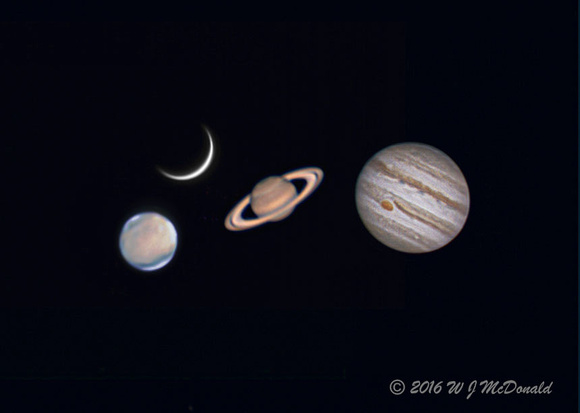 A montage of my best planet captures to date. From left to right they are Mars, Venus, Saturn and Jupiter. They show some progess in my attempts as they were taken in the order shown.
Mars was taken with a planetary video camera through a 105mm refractor.
I captured Venus with a DSLR in video crop mode and a C14 scope in 2012.
Saturn was done with a planetary video camera and the C14 in 2013.
For Jupiter I used a DSLR controlled by Backyard EOS software in 2016. The scope was again the C14.
© 2016 W J McDonald
Powered by ZENFOLIO User Agreement
Cancel
Continue