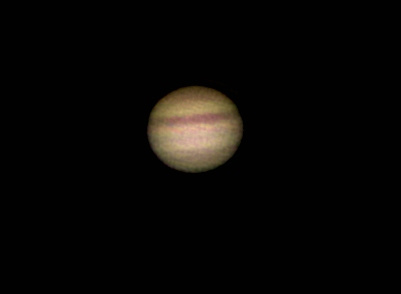 With Jupiter's disk so tantalizingly large, who could resist? I found an imaging camera in one of my gear boxes, and decided to give it a shot.