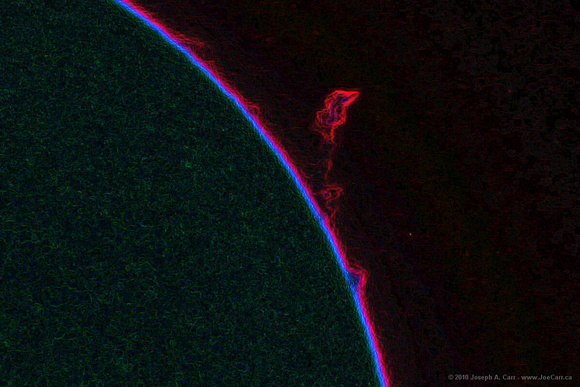 What originally caught my attention this afternoon when I looked through the eyepiece was a large, mountain-shaped prominence with another smaller prominence under it and another large prominence which reminded me of a haystack. This spectacular prominence eluded me while observing through the eyepiece since was completely separated from the solar surface. It was only revealed to me when I processed my images. This image is processed using a Sobel method of edge detection, which results in a false colour image.